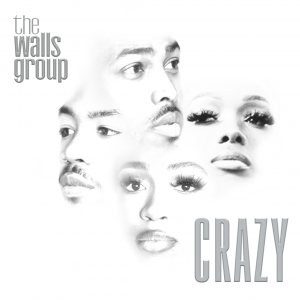 “CRAZY” was written by Eric Dawkins, Darrel Walls, Alic Walls, Ahjah Walls and Rhea Walls and produced by Warryn Campbell and Justin Lyons. “CRAZY, came from finite beings not having the vocabulary to accurately describe an infinite and extraordinary being. What else could you call a move of God? He leaves us completely floored most times. He’ll tell you to go where no one else can or will. He’ll tell you to say something that may seem out of order, or do something that nobody, including you, will understand at the time. All for his intended purpose and design, and it always works out for the good of them who love God and are called according to His purpose. That’s “crazy”!,” mentions The Walls Group.

“CRAZY.” is the lead single lifted from THE WALLS GROUP upcoming album, due August 26th, 2022.