Artist on the rise Riley Clemmons launched her debut Christmas tour last evening with a sold-out performance at the famed Franklin Theatre in downtown Franklin, TN, her hometown and a bedroom community to Nashville. The elegant evening featured the young singer/songwriter’s soaring yet emotive vocals on an assortment of Christmas classics accented with a handful of originals, including her Christmas hit, “The First Christmas,” which is also the name of her tour. The evening benefitted the Ryan Seacrest Foundation’s “Seacrest Studios” which reside in various pediatric hospitals across the nation.

“What an absolute dream come true to kick off the Christmas season with a sold-out hometown show, especially at the historic Franklin Theatre,” said Clemmons. “It was so surreal to debut my first Christmas tour surrounded by friends and family.” 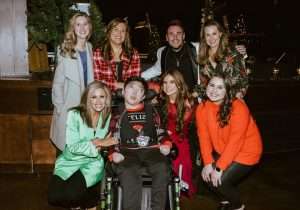 In addition to launching Clemmons’ first ever headline Christmas tour, the concert also benefitted the Ryan Seacrest Foundation. The foundation’s primary initiative is to build broadcast media centers, named Seacrest Studios, within pediatric hospitals for patients to explore the creative realms of radio, television, and new media. The aim is to contribute positively to the healing process for children and their families during their stay by developing these centers to bring an uplifting spirit to the hospital community.

Clemmons has supported Seacrest Studios for the past few years, making appearances in the studios in various cities, including several times at Monroe Carell Jr. Children’s Hospital at Vanderbilt in Nashville. “It was a true honor to have the privilege of celebrating and supporting my friends at the foundation throughout the evening,” said Clemmons. “I’ve had the pleasure of partnering with them many times over the past few years, and I’m so inspired by the good they’re doing in both Nashville and across the country.” 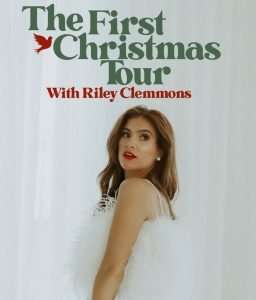 “We are incredibly thankful for the love and support Riley Clemmons has shown the Ryan Seacrest Foundation and our Seacrest Studio locations across the country,” said Meredith Seacrest, Executive Director & COO of the Ryan Seacrest Foundation. “We couldn’t continue to provide such unique and fun experiences for countless patients and families without the support of the entertainment community. From studio visits with patients to curating special art projects and concerts, Riley has and continues to be a true light for families in the hospital, in what sometimes can be very dark times.”

“The First Christmas Tour” is Clemmons’ first headlining tour. Named after her hit Christmas song, the tour will hit ten cities between December 3 and December 18. For ticket information, visit rileyclemmons.com/tour.

DYING IN THE DEVIL’S COURT (EPISODE 4)

DYING IN THE DEVIL’S COURT (EPISODE 3)

DYING IN THE DEVIL’S COURT (EPISODE 4)

DYING IN THE DEVIL’S COURT (EPISODE 3)

JJ Heller Drops ‘I Dream Of You: CHRISTMAS’