Ahead of Father’s Day 2022, Matthew West releases sentimental new track “Before You Ask Her” today across all digital streaming platforms. The heartwarming new song explores a father’s advice he gives to the man who wants to take his daughter out and eventually ask for her hand in marriage. Listen to “Before You Ask Her” HERE.

The touching ode, backed by a sweet melody, was inspired by West’s two daughters and penned by West with chart-topping songwriter AJ Pruis. Directed by Sean Hagwell, the father-daughter relationship is highlighted with the tug at your heartstrings music video which is also out today (6/10). 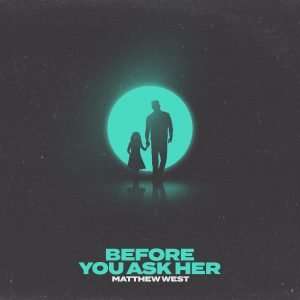 “I always say that there’s a piece of my girls in every song I write,” shares West. “But some songs hit even closer to home for me. This is one of those songs. God blessed me with two daughters, and while I’m far from a perfect parent, this song represents my heart for my girls and my prayer for the kind of man they deserve in their lives someday. Someone who will, as the song says, “always let her know that her voice matters.”

Additionally, West is announcing his headlining show – “A Night of Worship at the Mother Church with Matthew West and Friends” at the historic Ryman Auditorium in Nashville, TN on August 21. Tickets are available for pre-sale starting June 16 and public on-sale June 17.

Last week, West was named the Male Artist of the Year at the K-Love Fan Awards. He also served as co-host of the show for the seventh time. His current single “Me On Your Mind” is quickly climbing the Billboard Christian Airplay Chart – currently at number 9 – and has surpassed 5 million streams across all digital streaming platforms. The track marks West’s 24th top 10 song as an artist. 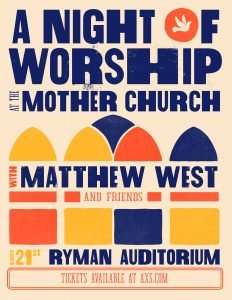 Dubbed by Billboard as a “well-rounded songwriter,” he’s notched 11 number ones as a songwriter and had 12 number 1 singles as an artist, including his most recent multi-week No. 1 song “What If.” It followed back-to-back No. 1 hits with “The God Who Stays” and “Truth Be Told,” which he later recorded a duet rendition with country superstar Carly Pearce (here). The genre hitmaker is the reigning ASCAP Christian Songwriter of the Year, his fourth time with this honor in his career. In addition to his several RIAA Gold-certified and Platinum singles, fans can hear him on “The Matthew West Podcast” which just surpassed an impressive 2 million downloads and drops new episodes weekly under the “That Sounds Fun” network. The five-time Grammy® nominated artist is set to release his sixth book, “The God Who Stays” on September 6. For more information visit thegodwhostays.com. For tour dates and ticket information visit www.matthewwest.com/tour.

Tauren Wells’ New Album ‘Joy In The Morning’ Out Now

K-Anthony To Release “NOBODY” August 26